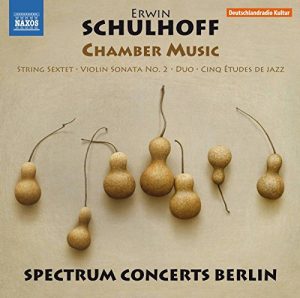 The music of the Prague-born prodigy Erwin Schulhoff has become increasingly popular in recent decades. He moved through successive creative phases and, on this recording, Spectrum Concerts Berlin focuses on music written between 1924 and 1927. 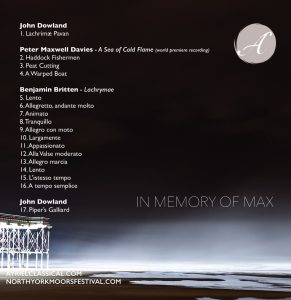 The cd features the world premiere recording of Peter Maxwell Davies’ A Sea of Cold Flame, which seems to inhabit a similar musical language, these masterworks are complemented by the original John Dowland themes upon which Lachrymae is based. Here we have three generations of great British composers woven by a pure and unsentimental thread.
Release notes
Aerial Classics 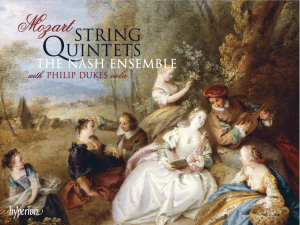 The Nash Ensemble plays all six of Mozart’s string quintets here – the early B flat work K174, and the C minor quintet K406 that was a commercial arrangement of the wind serenade in the same key, form an upbeat to four masterpieces that follow on the later discs. With Lawrence Power as the ensemble’s viola player and Philip Dukes joining him here, there’s no chance of forgetting that Mozart favoured a quintet of strings with two violas (read on) 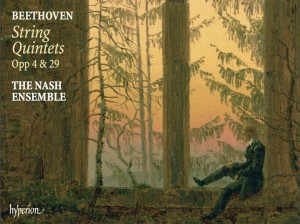 ‘Flawless, superbly disciplined performances of Beethoven’s two string quintets … this new disc from Hyperion has to be warmly welcomed for its first-rate sound and immaculate performances’ (Gram …
Hyperion Records 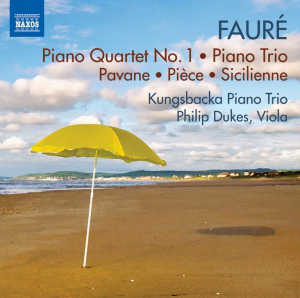 Gabriel Fauré’s musical language bridges a gap between the romanticism of the 19th century and the new worlds of music which appeared in the 20th, employing subtle harmonic changes and a gift for melody to combine innovation with an entirely personal idiom. His First Piano Quartet is filled with characteristic French colour and lyricism, and the Piano Trio in D minor is a late work whose musical language is familiar from his songs. Both the Pavane and the popular Sicilienne express nostalgia for earlier times, and the short Pièce has great simplicity and charm. 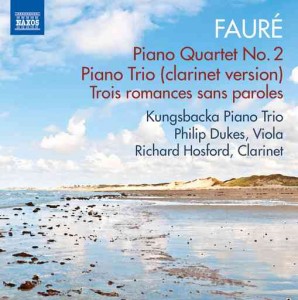 Gabriel Fauré’s chamber works, long overshadowed by his popular Requiem (Naxos 8.550765), are regaining their rightful place. This new release from the Kungsbacka Piano Trio follows their recording of Fauré’s First Piano Quartet and other chamber works (8.573042), described by Gramophone as ‘a delectable way into Fauré’s chamber music’. The programme features the less frequently heard original version, with clarinet, of the Piano Trio, the Second Piano Quartet, which includes an evocation of the bells of Cadirac near the composer’s home, the Romances sans paroles, described by Marcel Proust as ‘intoxicating’ and one of Fauré’s most famous works, the Berceuse from the Dolly Suite 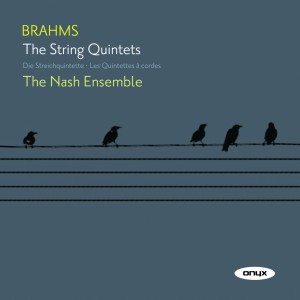 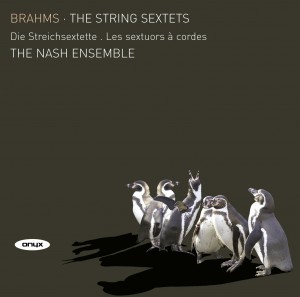 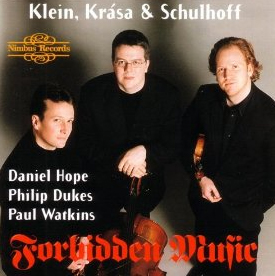 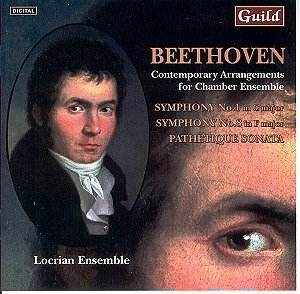 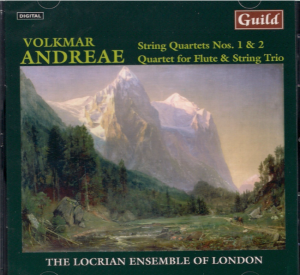 the second to feature Volkmar Andreae’s chamber music from Guild, contains his two string quartets and a delightful late Divertimento for flute and string trio. The performances are quite superb – as is the music, ranging in influences from Richard Strauss to the later French Impressionists – and the recording is one of the best we have issued in recent years. A most significant issue for Swiss music.”

“We are proud to present 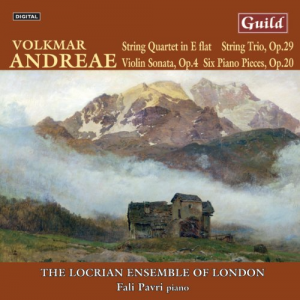 Volume III in the series of chamber music by the outstanding Swiss musician Volkmar Andreae, who during his lifetime was better known as conductor of the Zurich Tonhalle orchestra for many years.”

“Back in February 2010 I praised an earlier issue by the Locrian Ensemble of music by Swiss composer Volkmar Andreae (1879-1962). I immediately discovered that his writing was of high quality and beautifully crafted.” Gramophone 2011 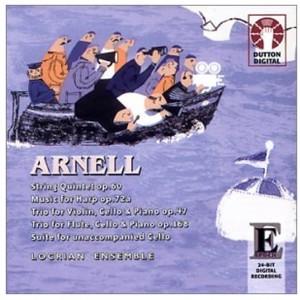 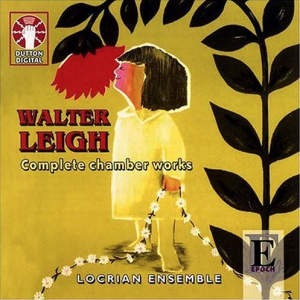 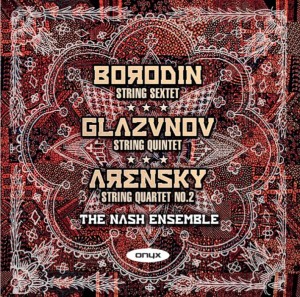 “After a highly acclaimed series of Brahms chamber music releases for ONYX, the Nash Ensemble turn their attention to 19th-century Russian repertoire. Glazunov’s superbly crafted String Quintet in A of 1891 is coupled with Arensky’s Second Quartet with two cellos, and Borodin’s unfinished Sextet for strings in D minor, written according to the composer in Mendelssohnian style ‘to please the Germans’ while he was in Heidelberg.” 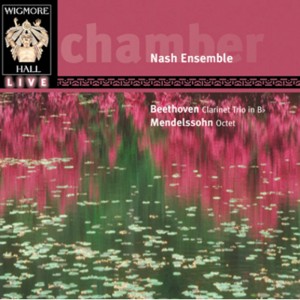 The Nash Ensemble has built up a remarkable reputation as one of Britain’s finest and most adventurous chamber groups – this is a wonderful recording that undoubtedly confirms just that. 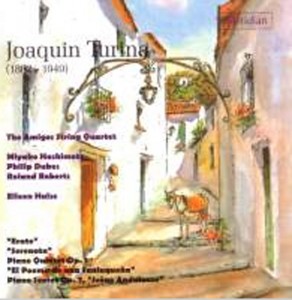 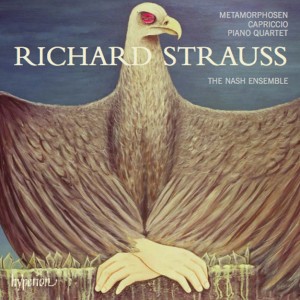 Hyperion Records
‘The Nash’s performance, angry and grieving, is faultless [Metamorphosen] … The real treat here is the Piano Quartet, dating from 1885, when Strauss, then aged 21, still considered himself a Brahmsian … the best of it anticipates the chamber-oriented scoring of such later works as Ariadne auf Naxos and Le Bourgeois Gentilhomme. The over-dominant piano part—Strauss wrote it as a showpiece for himself—is played with tremendous panache by Ian Brown’ (The Guardian)

Piano Quartet No. 1 and Piano Trio No. 1 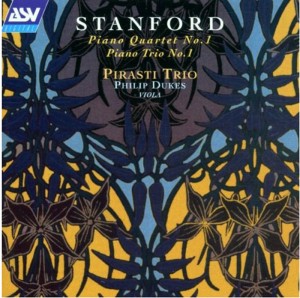 ‘Presto CDs’ are manufactured by Presto Classical under license from the original record label.( ASV) 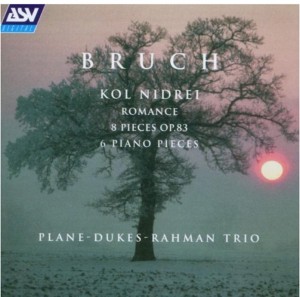 ‘In this impressive collection of chamber music by Bruch, the Plane Dukes Rahman have once again attained the highest musical standards in their dedicated, sensitive performances…The final ‘8 Pieces’ for clarinet, viola and piano on this disc are full of crystal-clear melodies, highlighted throughout by lyrical sweeps of phrasing in an immaculate performance. Overall, a cd of simple, vivid, romantic beauty.’
BBC Classical Review 2003 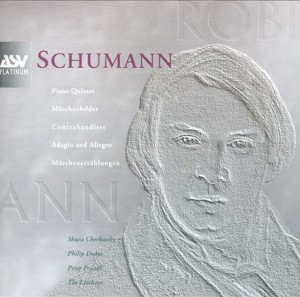